Our MA students about the Olympic Games in Sochi!

Despite the fact that, unfortunately, the Olympic Games have finished, millions of people will remember them for a long time. Primarily these are people who were lucky to see the Olympics with their own eyes, including volunteers who made an invaluable contribution to the Olympic Games organization. Olga Kulakova, a MA student of the Caspian Higher School of Interpretation and Translation is eager to share her impressions, as she went to Sochi as an exposition staff member from the Astrakhan region and was presenting our home region to the Olympics guests:

“While the MA students the Caspian Higher School of Interpretation and Translation were actively discussing the issue of the Olympics legacy, I was in the very centre of the Olympics events. I had a chance to visit Sochi thanks to having been chosen as a staff member for an exposition of Russian regions. We had a task to tell the Olympics guests about our home region, its sights, nature, culture and history. Our visitors were not only citizens of all Russian cities, but also there was a great number of foreigners, including the Canadians, Americans, French people, Germans and even the Australians… It is impossible to name everyone! Now I can surely say that Astrakhan is known all over the world.

Just a few words about the Olympics. When I came to the Olympic park for the first time, the delight took my breath away! It is impossible to imagine how the organizers succeeded to build so grand infrastructure just within 7-year period! It was instantly obvious that Sochi would hold the Olympic Games adequately. And the most pleasant thing was to see people smiling and to feel the holiday atmosphere.

For me this trip was a valuable experience as I could both support our sportsmen in cross-country skiing and figure skating and communicate with people from around the world. In my own time I was helping our Astrakhan journalists as an interpreter to interview the foreign guests asking their opinion about the Olympics. And I can tell you that all of them expressed their admiration!” 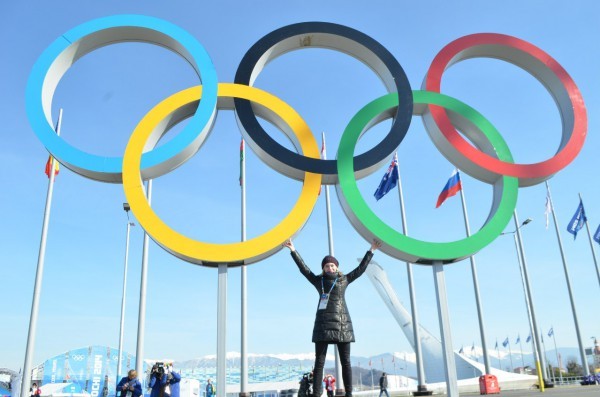